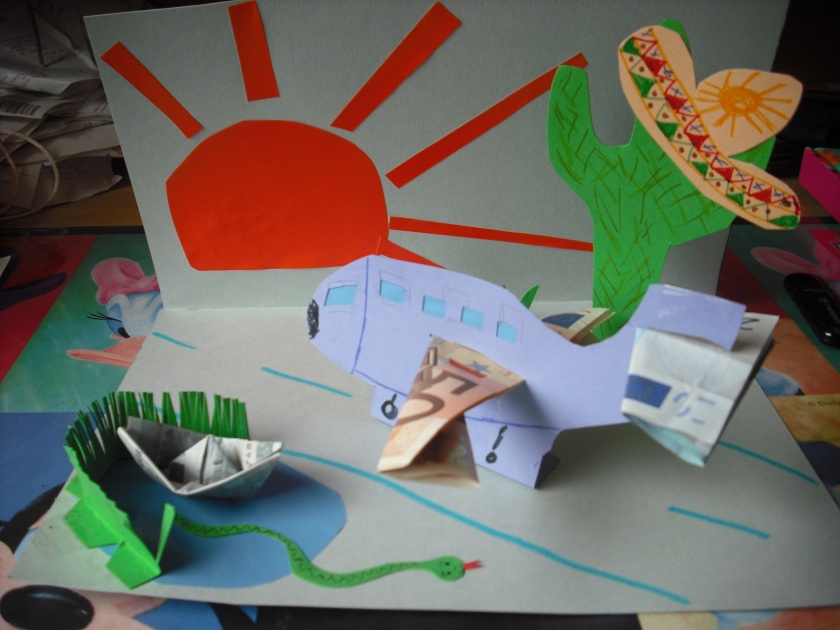 I honestly don’t know where this stereotypical image of Mexicans comes from, but this is the idea a lot of people have about Mexico: A dark skinned guy leaning on a cactus in a desert-like landscape. The sun burning while he is taking a siesta with his sombrero on his head tapping his eyes. Next to him lies a bottle of Tequila and his donkey stands close-by.

To be honest, I also had this idea before coming to Mexico. I was expecting emerging cities and industries but I thought that in the rural areas I could actually see this image. Until today I have not solved the question why we have this idea in western Europe. My husband has no idea where it comes from so this is a true riddle.

Another idea, basically promoted by news we see and her about Mexico in Europe is that it’s an incredibly dangerous place – dead People lying on the street because of a war between drug dealers and cartels.

I am just going to cut to the chase here – both ideas are not true. Well, concerning the drug war I have to say that there were times when in some cities in the North of Mexico the situation was truly horrifying. This was during the time that Felipe Calderón was president of Mexico (2006 – 2012), before and after this most presidents just let the drug cartels be and don’t bother them too much, but Calderón decided to fight them which let to an escalation of the situation. Anyways – more on mexican politics in another post.

So what I am trying to say is that Mexico is nothing like this – Mexico is huge for european understaning (it fits about 30 european countries, I think) and incredibly diverse. This diversity is visible in culture, clothes, arquitecture, landscapes, climate zones, altitudes, language, history, mentality and food. There is desert and jungle, people working on their land with donkeys and modern industries, handcrafts and made in China, Catholicism and indigenous Religion and traditions. We will look into mexican history, geografics, etc. later, but I just want you to know: Mexico is an incredibly beautiful country and definitely worth a visit!

Another very popular idea of Mexicans is that they are unreliable and lazy. That they are unreliable is mostly true – of course it depends on the person and the situation, but I would definitely say that Germans are more reliable. However, lazy is definitely an adjective that is not true for Mexicans: Most people have to work incredibly hard and long hours in order to supply for their family because of very low wages. In some rural areas, indigenous people are still growing plants and food with their own hands without any agricultural machines. Most students work and study at the same time to be able to pay for University.

So, here is a quick summary of what Mexico is for me: Living in central Mexico means sun (almost) everyday, it means spicy food, relaxed people, it means cars and busses everywhere, almost no bicycles and no train. It means being close with the family, because here in Mexico, family is everything. It means people looking at you like you are from another planet and people welcoming you into their home or helping you in an incredibly nice and welcoming manner. It means dealing with Machismo and with false friends and promises as well as having the best parties of your life and living life to the fullest. It means you can get yourself out of a ticket in exchange for some cash and driving around in a car with 6 or 7 people. It means you don’t have to worry and should just enjoy life instead of worrying about the future like they teach us in Europe. It means very high temperatures in spring and freezing in winter because of the lack of a heating in the house.

Ultimately, it means a lot of adjustment and possiblities, because in Mexico, everything is possible.