Well, the year is coming to an end and you are probably wondering how Christmas is celebrated here in Mexico.

First of all, I have to say, that growing up in Germany where we have so many wonderful Christmas traditions and put a lot of importance towards the weeks before Christmas, the festivities itself, the family, the food and the gifts, it is sometimes hard for me to not be in Germany during this time. I miss my family and the traditions I grew up with especially during this time of the year – the Christmas markets, opening the advent calender every morning until the 24th, baking cookies and making a gingerbreadhouse. During my time in England it was no problem, because there it´s almost the same, including the cold weather. All of this is either missing or very different in Mexico.

First of all, Mexicans don’t celebrate the Advent season, the 4 weeks before Christmas. The city and houses are decorated with images and lights in every colour you can imagine, enormous christmas trees are put up in the plazas and people go a little mad in the shopping malls. 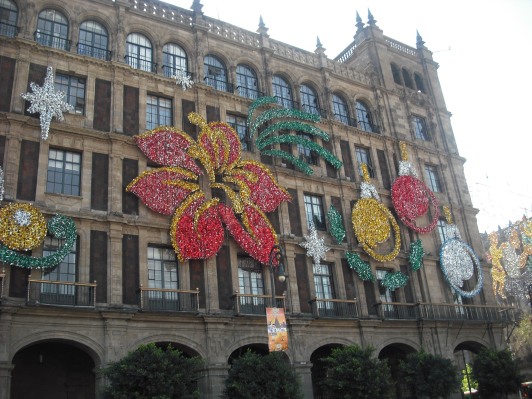 So far so good – this is pretty much the same Thing all around the world during this time. Now what is the mexican thing about Christmas? Easy – posadas, piñatas and the importance of family.

In Mexico, posadas are held in families, neighbourhoods, streets, at work and with friends during the 16th of December and Christmas. The first Posada was celebrated in monastery of Acolman in Mexico City. The posadas represent the pregnancy of Maria and her and her husbands search for a place to stay in Bethlehem. People at a Posada sing Christmas songs, eat and drink and there is always a piñata.

Even if you don’t attend a Posada, a piñata is a vital element of any Christmas celebration and through out the year of children’s birthdays as well. Originally, the form of a piñata was round with seven peaks representing the seven capital sins. Therefore, when smashing the piñata it was a symbol for destroying the seven capital sins. Nowadays, piñatas come in all shapes – traditional ones, characters from movies, cartoons etc. Just recently we bought a piñata for our nephew of Captain America and in April we had a Minion piñata for my cousin. You put up the piñata hanging on a rope recheable for everyone. One side of the rope is movable and this way, someone is moving the piñata up and down and to the sides. For small children this is not necessary but for adults the piñata is moving and also they use a blindfold for their eyes to make things more complicated. 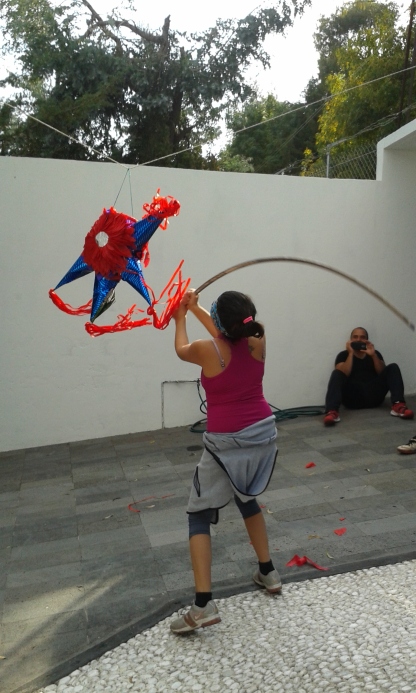 The piñata is usually made out of papermaché and therefore getting weaker with every hit until she eventually bursts open and all the sweets fall out. For hitting the piñata usually a broomstick is used (in case you are wondering – yes, we have already broken several broomsticks this way). As you can see in the picture, the moment, the piñata bursts open, everyone wants the sweets. Seriously – this is like war. I have seen my mexican family throwing themselves at the sweets, gathering them up in an incredible speed and ignoring anything else that is happening around them. On our nephews birthday a month ago, my husband took away sweets I was aiming for – I was holding our baby niece at that moment and when I asked him later about it, he hadn’t even realized that it was us aiming for the sweets! Seriously, if Mexicans were as determined as they are with the piñata in all other matters, this would be a world-leading economy!

Anyways – to come back to mexican Christmas, the most important part of all is to be with the family. I love this part, because in Germany we sometimes loose focus on the family part and concentrate on the gifts, worry about the right food etc. But here, family is the only thing that matters for Christmas – and isn’t that the main idea of the Holidays? 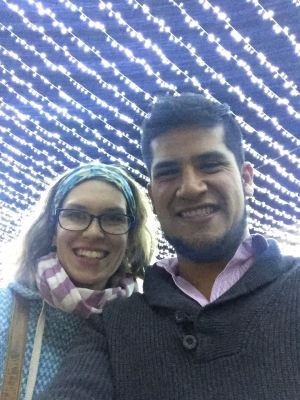